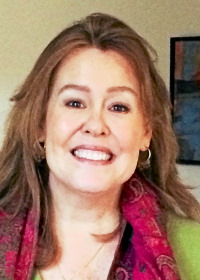 After using the Feldenkrais Method to get rid of her own debilitating hip pain, Monica Browne decided to learn the method. She became a Guild Certified Feldenkrais® Practitioner. She graduated from a four-year, 900 hour training in the Feldenkrais Method in 2005 in Baltimore, MD (USA) and has taught Awareness Through Movement since 2005. In order to maintain Guild certification, Feldenkrais practitioners are required to attend advanced trainings and other forms of further education annually.

Monica has also completed the Feldenkrais based “Change Your Age” training, a new approach for healthy aging and mind-body fitness for the middle aged.

Monica works with people of all ages and backgrounds, and she enjoys assisting students as they rediscover their own freedom and ease of movement. For non-native English speakers, she is fluent in Portuguese, French and functional in Spanish.

If you would like to find out more about the Feldenkrais method, our classes, or workshops, please call us at 571-275-2830 or email us.